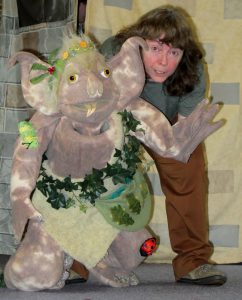 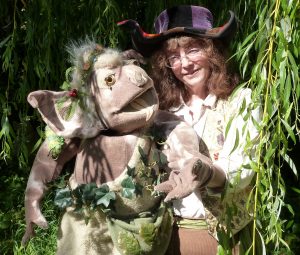 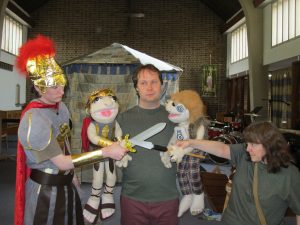 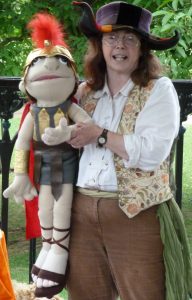 Occasionally I get asked to build puppets for other theatre companies and amateur groups. Some of these are shown below.

A set of four dwarf puppets built for Bitesize Theatre’s productions of Snow White a few years ago….actually, I built them two sets…in eight weeks….it was exhausting. If I was awake, I was sewing! 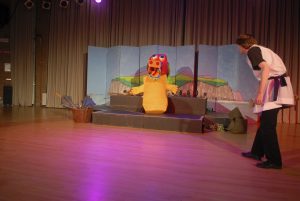 Dragon Snake in Jason & The Argonauts 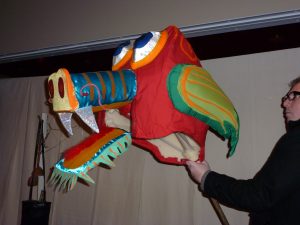 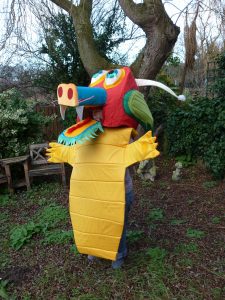 Marley’s Ghost,  for the Riverside Players’ production of A Christmas Carol

This required four operators and the head arms and body to separate into different parts of the stage. 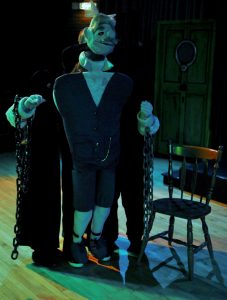 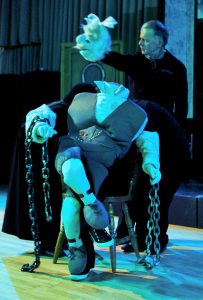 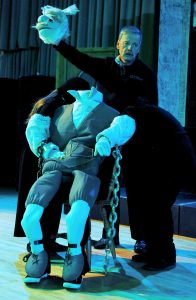 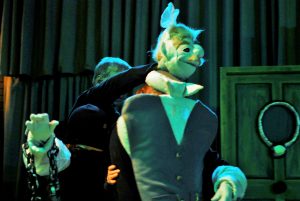 The golems from Terry Pratchett’s Feet of Clay, built for the Abergavenny Theatre Group 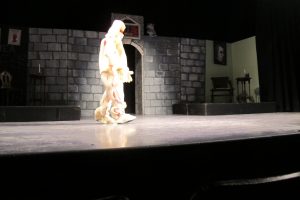 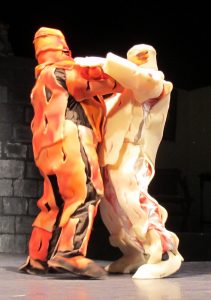 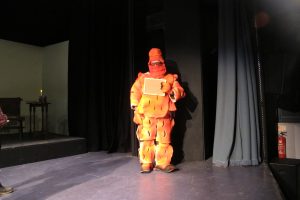 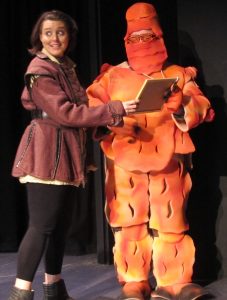 One last make – a baked potato costume to be used in a film series that my nephew, Adam Smith of Hidden Art Films, was making. 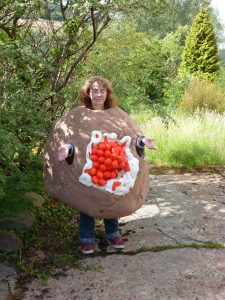 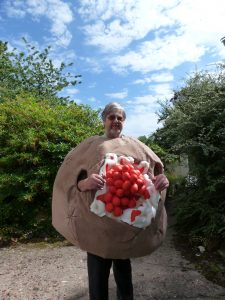